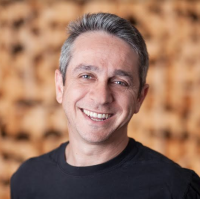 Josh is a founding Partner at First Round Capital, a seed-stage technology venture fund. Josh has been an active entrepreneur and investor in the Internet industry since its commercialization.

In 1992, while he was a student at the Wharton School of the University of Pennsylvania, Josh co-founded Infonautics Corporation – and took it public on the NASDAQ stock exchange in 1996. Josh founded Half.com in July of 1999, and led it to become one of the largest sellers of used books, movies and music in the world. Half.com was acquired by eBay in July 2000 — and Josh remained with eBay for three years, running the Half.com business unit and growing eBay’s Media marketplace to almost half a billion dollars in annual gross merchandise sales. In late 2003 Josh helped to found TurnTide, an anti-spam company that created the world's first anti-spam router. TurnTide was acquired by Symantec just six months later.

Josh founded First Round Capital in 2004 to reinvent seed-stage investing. Since that time the firm has invested in over 300 emerging technology startups – becoming one of the most active venture capital firms in the country. Josh has consistently ranked on the Forbes “Midas List” of the top 100 tech investors. He has been named as one of the top ten ‘angel investors’ in the United States by Newsweek magazine, one of "Tech's New Kingmakers" by Business 2.0 magazine and a "Rising VC Star" by Fortune magazine. Josh also is the proud winner of a second place ribbon in the 2011 Nantucket Watermelon Eating competition.

Josh is an inventor on thirteen U.S. Patents for his work in Internet technology. In June 2000, he was awarded Ernst and Young’s prestigious “Entrepreneur of the Year” award for the Greater Philadelphia region.