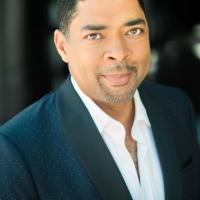 Media executive Keith Clinkscales — whose award-winning career has impacted media and urban culture across platforms — is highly regarded as an innovator, strategist, and thought leader.

Clinkscales has partnered with AT&T to create the “Humanity of Connection” series through his KTC Ventures. The partnership will pivot to deliver targeted content to the emerging field of streaming services currently impacting the media landscape.

That natural progression — relationships morphing into partnerships — has been a staple of Clinkscales’ career. His dedication to urban audiences has created never-before-seen outlets, like his brainchild The Shadow League, Since its inception in late 2012, The site has grown to become a leading destination for sports, race and culture.

An Emmy Award-Nominated and a two-time Peabody Award Winner, Clinkscales has earned over 60 credits as an Executive Producer of films and documentaries. Most notably Clinkscales was one of the creators of ESPN’s critically acclaimed “30 for 30” documentary series.

In the 1990s, Clinkscales worked alongside the legendary Quincy Jones to launch Vibe magazine, the premier publication for hip-hop/R&B music, fashion and entertainment news. Clinkscales served as CEO of the publication and established Vibe’s successful digital presence, vibe.com.