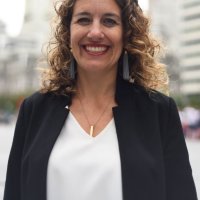 Sylvie Gallier Howard is First Deputy for the City of Philadelphia’s Department of Commerce. Previously, she served as Deputy Chief of Staff to the Deputy Mayor for Economic Development. In addition to supporting day-to-day operations, Ms. Gallier Howard’s responsibilities include communications and marketing, policy, international relations, and rolling out new programs. She played a lead role in developing Philadelphia’s bid to Amazon for the HQ2 search and is currently spearheading a global identity process to elevate Philadelphia’s international brand. She has also spearheaded several priority initiatives, such as the launch of Kiva City Philadelphia, a zero-interest micro-business loan program, and the City’s successful effort to become the first World Heritage City in the U.S.

Prior to joining government, Sylvie spent her career in the non-profit sector and running her own small business. For six years, Sylvie was the Principal and Founder of Clementine Consulting, providing guidance to non-profits and social enterprises working in areas such as education, social justice, economic development and immigration. Sylvie has also served as the Executive Director of two community-based non-profits in Philadelphia: The Northwest Fund and The Empowerment Group. At the Empowerment Group, Sylvie started Philadelphia’s first bilingual Spanish-English entrepreneurship training program.

Sylvie serves on the board of directors of the Global Philadelphia Association and the Fund for the School District of Philadelphia. She has a B.A. in International relations from Barnard College of Columbia University and an M.A. in Sociology from Facultad Latinoamericana de Ciencias Sociales in Ecuador (a graduate school started by the United Nations Development Program to promote development in Latin America). Sylvie is fluent in Spanish and French and is the mother of four boys – including twins.